Spanish ceramic pottery is frequently referred to as majolica, Talavera and Fajalauza. All three are ceramics that have their origin in what was the Iberian Peninsula and is now Spain.

Majolica is loose term for Spanish pottery that is bathed in an opaque creamy white background, glazed with a colorful design and kiln fired. The original glazes used were made from metal oxides and lead, used for opacity. Majolica is spelled in different ways including majolica, mayolica and maiolica. There is some question as to where the term Majolica originated; some believe it comes from the word Malaga, a city in Andalucía where ceramic glazes were first produced, while others suggest it may have come from the Italian pronunciation of Mallorca (previously spelled Majorca), the Spanish island that shipped ceramics throughout the Mediterranean. The one thing that is clear is that Majolica is synonymous with Spanish ceramic.

Talavera is commonly used for both Spanish and for Mexican ceramics, but it originates from Spain in Talavera de la Reina, in the province of Toledo and in the region of Castilla La Mancha. The Muslims conquered Talavera in 712 and brought the craft of Majolica with them. The city of Talavera is situated along the Tajo river. The Tajo supplies the red clay that was used for and continues to be used in the process of making Talavera ceramics. True Talavera ceramic is defined as red clay that is hand thrown on a potter’s wheel , glazed with a majolica creamy white background and then hand painted with brightly colored decorative patterns. Traditionally, the white background would have a crazed finish, meaning crackled or cracked looking, that allows the red clay beneath to show through.

In the 16th century, Talavera de la Reina was one of most productive producers of majolica in the entire Iberian Peninsula . Talavera pottery designs have changed over the centuries with patterns from the 16th and 17th century often depicting hunting scenes with courageous hunters fighting a wild animal and later, with influence from Italy, the patterns became more Renaissance in style. The main colors used were royal blue, gold, yellow and greens. Later the styles evolved when the Spanish monarchy began to use ceramic for dinnerware, architecture and building.

Fajalauza pottery is the name for ceramics from Granada, Spain and originated during the 13th to 15th century under the Arab rule of Nasrid, the longest ruling Muslim dynasty in the Iberian Peninsula. The name specifically comes from the gate of Fajalauza; one of 6 entrances that led to the neighborhood El Albaicin, an area in Granada where many Islamic potters lived during the 16th century. Granadine pottery colors are immediately recognizable, traditionally blue and green with designs of birds, flowers, geometrics and pomegranates.

Majolica from Talavera was later brought by Spanish settlers to the Mexican city of Puebla in 1531, a time known as the Colonial Period. One theory is that Spanish monks brought the craft of majolica ceramics with them when traveled across Mexico setting up monasteries. In addition, artisans from Talavera de la Reina went to Mexico to decorate the city and therefore had a huge influence over Mexico’s ceramic style. The style of Mexican Talavera is quite different from Talavera from Spain and can be easily distinguished. Many associate Talavera with Mexican ceramics not realizing that Talavera originated in Spain.

The Muslim influence in origin and design of Spanish pottery is undeniable and is especially apparent in the geometric patterns, Arabic inscriptions and arabesques used in Spanish ceramics and tiles. Spain is brimming with exquisitely painted tiles and ceramic crafts that show the countries long hispano-moresque history. The Alhambra in Granada, Parque Maria Luisa in Seville, Churches, bars and home patios are lined with decorative ceramic tiles and intricately painted ceramic plates hang from the walls.

Spanish majolica dates back over a thousand years when the Moors invaded the Iberian peninsula and fought the Christians for control of what would later become Spain. It was during this period when “hispano-moresque” majolica appeared. Hispano Moresque refers to the Islamic-European style of ceramic created during the Moors occupation of Spain and then continued under Christian rule. The Moors that came to the Iberian Peninsula were the originators of majolica. They made ceramic dishes for everyday use as well as decorative pieces. There became a demand for this ceramic due to its unique white glaze and its likeness to Chinese porcelain, and majolica gained popularity as it was exported to other countries all over the Mediterranean. It is important to appreciate that it was the Islamic culture that also introduced the potter’s wheel, the first kiln ovens and many of the first techniques of tin-glazed ceramics and tiles. 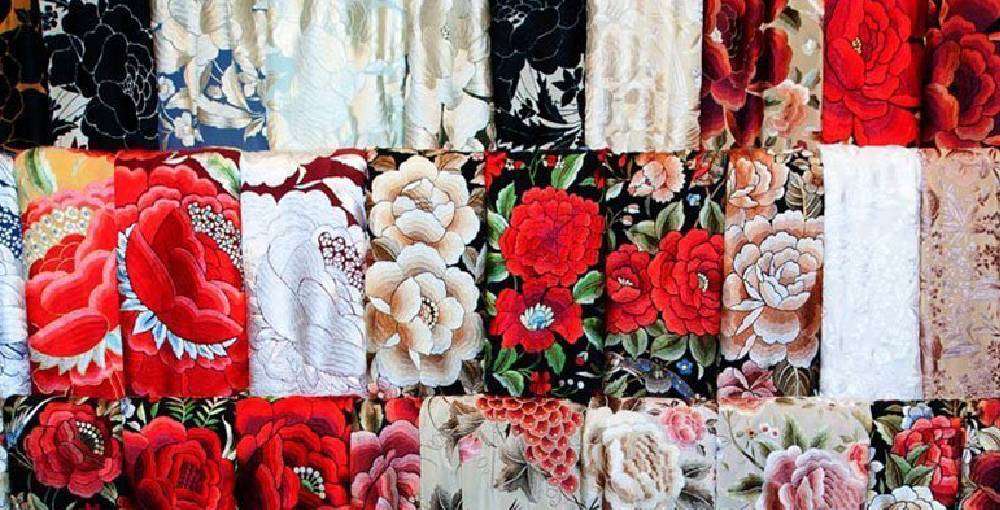